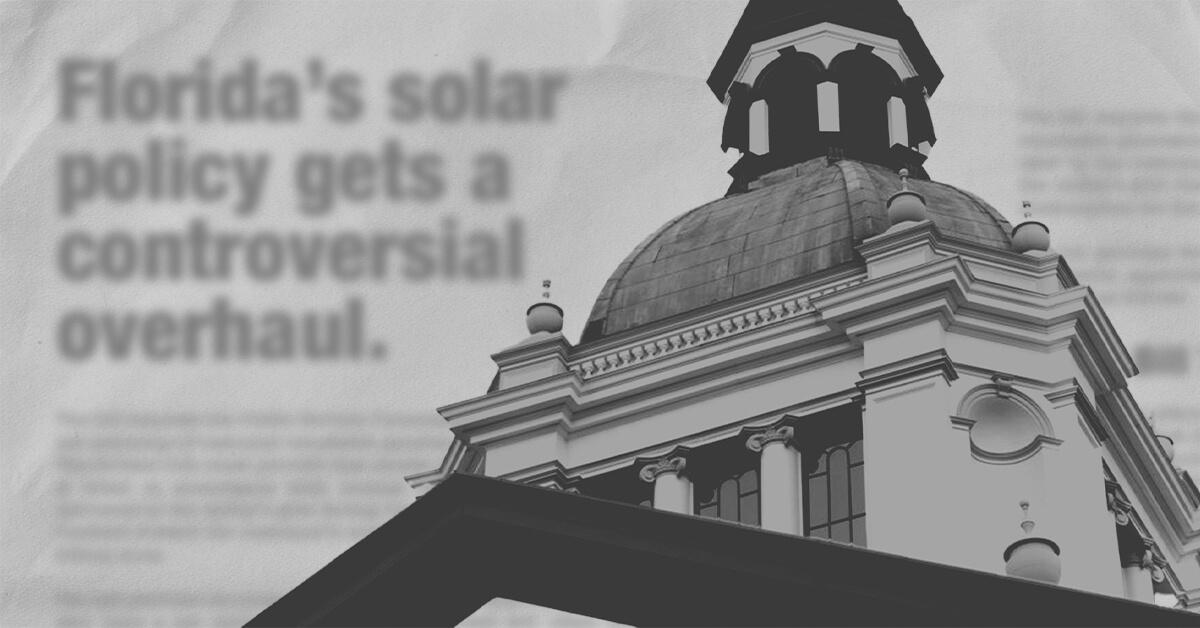 Florida Bill 741 Could Ruin Solar in the Sunshine State

Home » Florida Bill 741 Could Ruin Solar in the Sunshine State

Florida lawmakers and the major utility companies are moving ever so close to a decision that would decimate the rooftop solar panel industry in the state.

This month, the Florida Legislature passed House Bill 741, which sets a timeline to cease net metering in the state, that would shake the rooftop solar industry to its core because it will take away all of the financial incentives that solar customers now enjoy. The bill and the solar industry in Florida are currently in the hands of Governor Ron DeSantis for his signature. He can either veto or pass Bill 741.

If DeSantis signs the bill into law, it would mean the eventual demise of net metering in Florida, which would prove costly to solar customers.

According to WFLA-TV in Tampa, some politicians have been critical of Bill 741 because it prevents Floridians from taking advantage of the state’s most readily natural resource, the sun.

“There’s an effort underway in our state that would dramatically restrict the ability of Floridians to tap into the power of the sun to power their homes. That’s bad for consumers, it’s bad for jobs, it’s bad for our environment, and it’s certainly bad for Florida,” said Florida U.S. Congressman Charlie Crist, who is a Democratic gubernatorial candidate.  “There’s been a tremendous increase in the number of Florida homeowners who want to put solar panels on their roofs in recent years. And for a good reason. Homeowners want to reduce their monthly electric bills.”

Under current net metering laws in Florida, residents who rent or lease renewable systems must be credited for excess power supplied by their solar systems through a program set up by their providers. But if lobbyists for power giants such as Florida Power & Light, Duke Energy, and Tampa Electric Company win, those credits will eventually disappear.

In December, the Miami Herald and Floodlight reported that FPL had pressured state lawmakers to file legislation that would constrict Florida’s growing rooftop solar industry.

Critics of HB 741 recognize how the legislation would take away consumers’ financial incentive for installing and using solar power generators for consumers.

“This bill is a nightmare for anyone who believes in energy freedom and the rights of people to choose the energy that works for them and their families,” said Will Giese, southeast regional director for the Solar Energy Industries Association. “States that enact bad legislation like this will see much of that business growth disappear, and we’re urging Governor DeSantis to veto the bill and maintain Florida’s place as a national energy leader.”

According to the SEIA, more than 11,000 jobs support the solar industry in Florida. There are about 118,000 rooftop solar installations in Florida with a solar capacity to power over 1 million homes.

So act now, let Gov. DeSantis’ office hear your voices. Do not allow the big power companies and the Florida Legislature to take away the advantages of solar energy in your state.