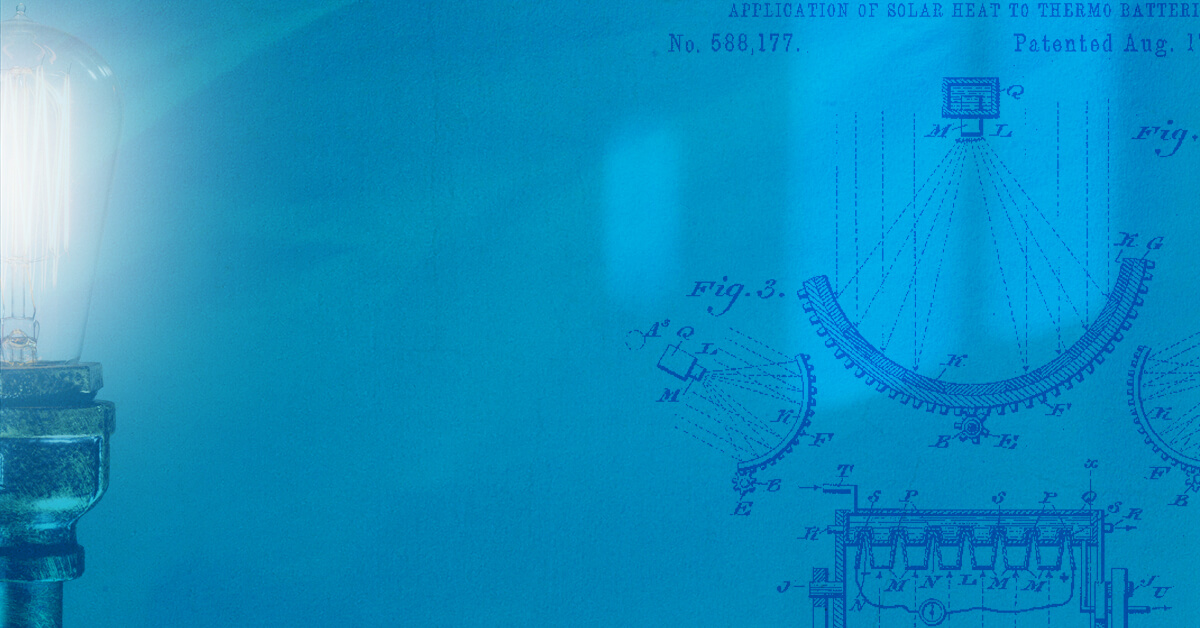 Have you ever wondered how solar energy came to be?

The truth is we’ve been soaking up the sun and harnessing its energy since the dawn of time.

Only now, we’ve gotten much better at putting it to use, thanks to the power of solar panels.

Solar energy and its applications have changed quite a bit since the time of our ancestors.

And as we continue to invest in clean energy, we’ve seen incredible improvements in terms of cost and efficiency.

But you don’t need to be a solar expert to track trends and see why now is the best time to buy—just a peek at solar’s past and improvements points towards a solar-powered future.

So if you’re wondering about the start of solar, how it’s evolved over time, and what you can expect down the line, read on for the definitive guide to solar history.

What Is the History of Solar Energy?

The start of solar goes as far back as 7 B.C. when humans first used materials as magnifying glasses to light fires.

Early solar energy applications were primarily religious in nature, like the use of “burning mirrors” to light ceremonial torches.

Then, in 212 B.C., the Greek navy supposedly engaged in “solar warfare” by using reflective shields to set enemy ships ablaze, according to a timeline from the Office of Energy Efficiency & Renewable Energy (EERE).

Other civilizations took advantage of the sun by creating south-facing structures and rooms, like our sunrooms today, to take advantage of its light and warmth.

Later, in 1839, at only 19 years old, French scientist Edmond Becquerel discovered the photovoltaic effect, which basically means some materials can produce electricity from light (this is where we get the term “PV system”).

It wasn’t until 1883 that Charles Fritts created the first solar cells with thin slices of selenium, an element found to produce electricity when exposed to sunlight.

Today’s solar cells are filled with silicon instead, known as silicon photovoltaic (PV) cells, this switch by researchers at Bell Labs in 1954 set the stage for a more powerful solar future.

Since then, solar has fully powered satellites in space, taken airplanes to record-breaking heights, and even graced the roof of the White House (EnergySage).

How Has Solar Energy Improved Over Time?

Luckily, solar energy has come a long way since those first solar cells. Let’s take a look at how the cost and efficiency of solar panels have improved over the years.

“The first silicon solar cell could convert sunlight at four percent efficiency, less than a quarter of what modern cells are capable of,” explains solar source EnergySage.

Typical panels today have efficiencies as high as 15-20%—of course, this differs depending on their quality, so it’s important to only work with solar installers like Kuubix that only use the best materials.

In addition to becoming significantly more efficient, the cost of going solar has also dropped dramatically.

To give you an idea of just how astronomical that was, solar today is sold for around $3.00 per watt, which is less than the price of a gallon of milk.

Both the “hard” (materials) and “soft” (labor, permitting, etc.) costs of solar have declined due to decreasing material costs, increased demand, and an influx of installation experts entering the field.

Solar has averaged an annual growth rate of 50% in the last decade alone, and installation costs have dropped over 70%, states Smithsonian Magazine.

So, what led to such a significant drop?

Because of these investments and improvements, the solar business is booming, and you’re the one benefitting from it.

What Is the Future of Solar Energy?

As of now, solar is already competitive with conventional energy sources in most states, and more than 1 in 7 U.S. homes are predicted to have panels by 2030, asserts the EERE.

The amount of solar power collected across the globe has also increased exponentially—over 300-fold from 2000 to 2019—sparking additional research aimed at driving down costs.

So, what exactly can solar enthusiasts expect in the coming years?

“In the immediate future, silicon solar cells are likely to continue to decrease in cost and be installed in large numbers” while researchers focus on creating more efficient and inexpensive designs, explains Harvard graduate blog Science in the News (SITN).

And although incentives like the investment tax credit (ITC) already exist, a study by the MIT Energy Initiative suggests more government aid in the form of direct grants and Congressional action on carbon emissions could be vital in increasing solar use in the U.S.

This is a double-edged sword however with the Federal Investment Tax Credit (ITC) decreasing year over year. Currently set at 26%, it is set to decrease to 22% for systems installed in 2023, then expiring in 2024. That said, your best bet is to go solar sooner rather than later to lock in your savings.

Other innovative solar technologies are also hitting the market, like solar paint, photovoltaic glass, and solar paved roads that could generate power and improve driving conditions.

Suffice to say, it’s an exciting time in the solar industry with all the advancements being made, and all signs point to a bright and affordable future for more Americans.

Summing Up the History and Future of Solar

If you’re thinking about switching to solar anytime soon, there’s never been a better time.

Improved efficiencies and cheaper costs have made solar more accessible for homeowners than ever before.

In this post, we took a peek at solar’s lengthy past, tracked how the price and output of solar panels have improved over time and provided a few predictions for the future of solar energy.

Let’s sum up how solar has changed over the years and what you can expect down the line:

See how much a solar + battery backup system can save you on your electric bills. Get a free quote from Kuubix Energy today!